Sister Marie Elise, a Sister of Notre Dame for 76 years, died surrounded by family and Sisters in Oakland, CA, on July 21, 2013. 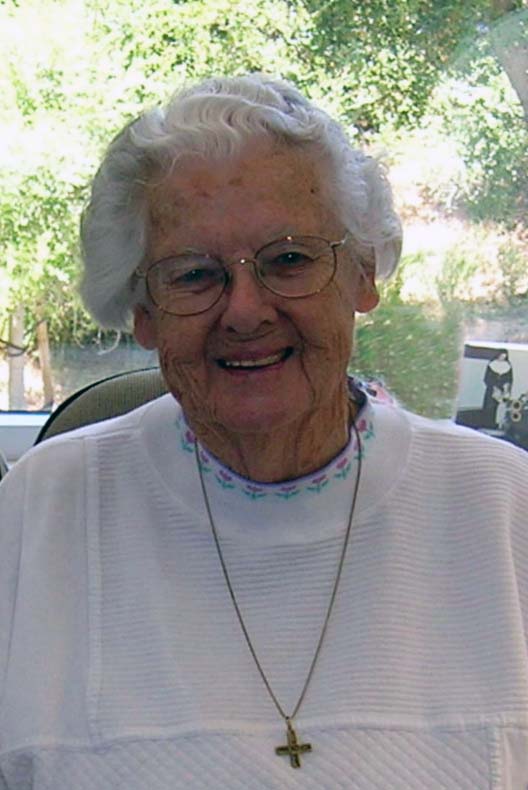 Sister enjoyed three very different ministries in those 76 years – elementary school teaching, nursing at Notre Dame Villa, and, for 30 years, assisting in the Province Finance Office.  She excelled in all three, her tender, compassionate nature always shining through. Sister enjoyed being part of the Province Center community in Belmont for several years before moving to Mercy Retirement and Care Center in Oakland, where she was cared for until her death.

Born Elizabeth Clare on September 3, 1919 to James McCormick and Mary Graham, she was the youngest of five children (Graham, Catherine, Patricia and Richard).  Home was her beloved Butano Canyon, still the gathering place for the McCormick clan.  Like all good Irish, love of family and a strong faith sustained her.  “Sister Beth,” as she was affectionately known, was particularly fond of chocolate and animals, especially dogs!

A Mass celebrating Sr. Marie Elise’s life will be presided over by her cousins, Rev. John Bain and Rev. Francis Smith, S.J. on Saturday, July 27, 2013 at 12 noon at Notre Dame de Namur Province Center, 1520 Ralston Ave., Belmont, with interment in Santa Clara at a later date.  Memorial contributions may be made online.