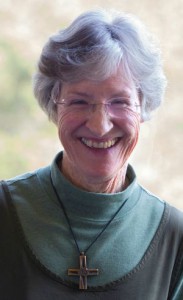 Though Sharon Joyer is one of nine brothers and sisters, her cousin Mary was one of her favorite companions. They were the same age and very close, so Mary’s unexpected death at age 12 was a huge loss for Sharon and a defining moment. Why was she alive and Mary not?

Sharon began to pray in earnest about her future and later, in high school, she explored three separate religious orders. In the end she remembers feeling such joy in the presence of the Sisters of Notre Dame that it was an easy decision to enter at the tender age of 17. 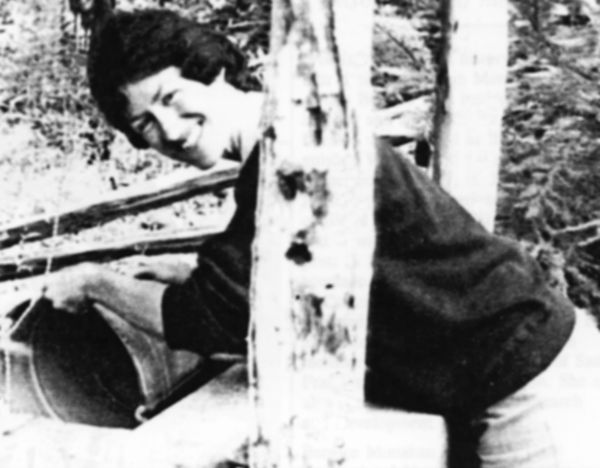 Working and ministering in the mountains of West Virginia for six years was a life-changing experience for Sister. As she recalls, “I taught all grades at Big Laurel School. It was total immersion in all of life. Teaching, gathering wood, burying the dead, serving as an emergency midwife, but also learning. I learned so much from the folks there. They were mountain wise and had a reverence for the land.”

When she returned to California, Sr. Sharon served at the House of Prayer in Carmel for two years, then studied at the J.F. Kennedy School in Orinda and lived in an Oakland neighborhood besieged by drug activity and danger. She and Sr. Pat Nagle, IHM, regularly walked the neighborhood, met people and prayed for all who lived there. Then when a neighbor was murdered, the Sisters invited the local residents to their home “to give and be light to one another.”

Out of this grief and in the midst of fear, they started a Neighborhood Alert Group and later a community garden which became part of Earth-Home Ministries. Earth-Home focused on an earth consciousness-raising efforts including work with the Columbia River Watershed Project.

After 12 years in the Pacific Northwest, Sr. Sharon moved back to the Bay Area to serve at Mercy Retirement and Care Center where she accompanies our senior Sisters who live there. “The Spirit works marvels in my life. It is a grace to be here.”

Sr. Sharon is grateful for so many things, but is particularly delighted that the Sisters of Notre Dame Chapter Acts now call the Sisters “to examine every facet of our relationship with the community of creation.” Sister believes “every choice we make is so important for the earth.” Friend Sr. Pat Nagle, IHM, says of Sharon, “Grounded in the Spirit of Oneness of God radiating through all life, Sharon responds with simplicity and joy in serving the Living God.”