Born in San Francisco and raised by a single mother, Theresa enjoyed the benefits of a Notre Dame education–from her earliest school years to the College of Notre Dame. After graduation she worked for a time, then became a Jesuit Volunteer. After this service, she wondered where she needed to be and strongly felt the call to religious life with the Sisters of Notre Dame.

Her early years as a Sister were spent teaching and serving as principal at schools in Northern California, including Mission Dolores, San Francisco; Sacred Heart, Salinas; St. Joseph, Alameda and Good Shepherd, Santa Cruz. Sr. Theresa loved all these experiences, but had a yearning to work more directly with the poor and she had a strong interest in nursing.

In 1994 she returned to college and became an RN and a nurse practitioner with a focus on public health nursing. Her employment at a paid healthcare job enabled her to minister part time at a free clinic in Pajaro where she provided migrant workers with diabetes education and care. Even though Sr. Theresa now lives at a distance, she still connects with these patients over Facetime every two to three weeks. Sister reviews data collected by the nurse and provides recommendations.

A transforming moment occurred in Sister’s life after her mother died in 1992 and Theresa discovered that she was part Mohican Indian with relatives in Wisconsin. She had the opportunity to meet family she had never known and joyfully embraced her Native American heritage and culture. (She was able to enroll in the band her mother had belonged to–the Stockbridge-Munsey Band of the Mohicans.)

In 2009 after finishing a four-year term in provincial leadership she enjoyed a sabbatical at Springbank Retreat Center in South Carolina which focuses on eco-spirituality. 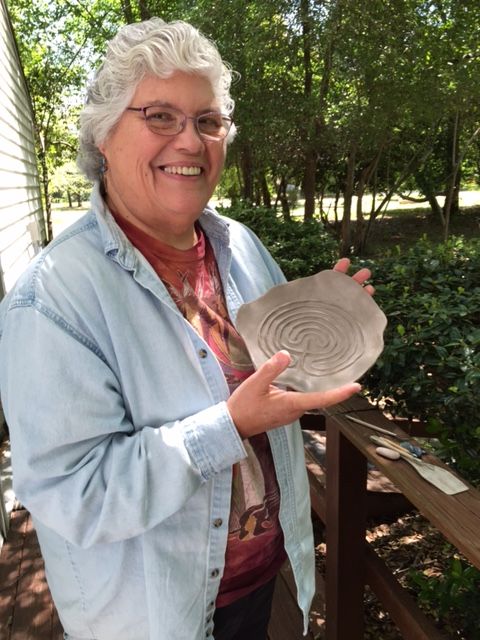 Sister fell in love with the Center and was asked to join their Board. When a staff position opened up, it was a natural fit for Theresa to join. She continues today wearing many hats– from administration to “Healing Touch” to helping with Native American traditions like drumming.  “Working here is totally different from what I’ve ever done. At the center there is healing and wholeness and sacredness of the earth.”

Sr. Trina McCormick, OP, Director of the Springbank Retreat shares, “Theresa’s talents extend from computer work to sensitive spiritual companioning to her gift of hospitality to all who come to Springbank. Her preparation of prayer services have inspired all and helped shift the consciousness of many towards the care for the Earth.”

Sr. Theresa is thankful for all the Sisters and the community that love her unconditionally and for the gifts of life, faith and prayer.