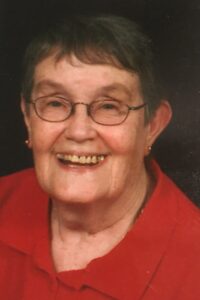 Margaret Lynn Herman passed away on November 16, 2020 in Chester, CA . If all went as she had hoped and prayed for, Lynn is now walking humbly with her God. Lynn was 82 years old. She is survived by her spouse of 32 years, Lydia Wahab, her children, Susan, James, and Paul Marsters, and children by love, Margaret Upton and Andrew Wahab, as well as grandchildren Sullivan and Brittney Marsters, Dominic Wahab, and Diego and Paloma Garcia-Couoh. She is also survived by her sister Sue Barstow of Tucson, AZ, and her brother Tom Barstow of Manhattan, KS.

Born in Washington D.C. in 1938, Lynn was raised in various parts of the country. As a high school student in 1955, Lynn lived with a Berlin family for two months through the AFS student exchange program. Lynn graduated with a BA in Sociology and Religion with high honors from Whitter College. In 1960, she earned her Masters in Social Work from Fresno State University. She later became a Licensed Clinical Social Worker. Lynn worked as a social worker in San Bernardino, Stanislaus, and Monterey counties. During this time, Lynn became the first Director of Catholic Charities for the Monterey Diocese.

Lynn, always a person of deep faith, converted to Catholicism later in life and entered the Sisters of Notre Dame de Namur, as the order’s charism spoke to her belief about the goodness of God, and about social justice. Lynn had many meaningful experiences while a member the order, especially the month she spent in Nigeria working with the sisters there. Though she was no longer a Sister of Notre Dame de Namur, in 1996 she became an Associate of Notre Dame de Namur and served as the first Associate Co-Coordinator in the West Region of the Sisters' East-West Province, and led the way for Associate leadership

In 2001, after a breast cancer diagnosis, Lynn retired and decided to spend her senior years back in the mountains of Plumas County, where she had lived in the mid 1960s as a young wife and mother. She and Lydia bought a house in Greenville in 2002. Lynn reconnected with old friends, and made many new ones. She volunteered at the Indian Valley Thrift Store, taught the AARP Driving course, and counseled for HICAP, an advisory program for Medicare beneficiaries. Lynn joined a local book group, and became involved in a faith-sharing group. She also spent every spring working on her vegetable garden. Her life was fulfilling.
In 2016, Lynn’s physical challenges and chronic illnesses, led to her residency at the Long Term Care Unit at Seneca Healthcare District Hospital in Chester.

At the end of her life, Lynn was still ever joyous and kind, and welcoming, loving people and looking for the best in everyone, and usually finding it. Lynn was real in all of her interactions with others. She had never forgotten the words of the Skin Horse from her favorite book, The Velveteen Rabbit.

In response to a question from the Velveteen Rabbit, the Skin Horse said that becoming real, “doesn’t happen all at once. You become. It takes a long time. That’s why it doesn’t often happen to people who break easily, or have sharp edges, or who have to be carefully kept. Generally, by the time you are Real, most of your hair has been loved off, and your eyes drop out and you get loose in the joints, and very shabby. But these things don’t matter at all, because once you are Real, you can’t be ugly, except to people who don’t understand.”

Lynn was very Real, and will be missed by all of us who knew and loved her.

Lydia would like to thank the Seneca Healthcare District Long Term Care, the Inpatient Unit, Housekeeping, Dietary and Maintenance staffs, for all of the kindnesses and care they provided to Lynn, as well as a special thank you to Dana Ware, M.D.