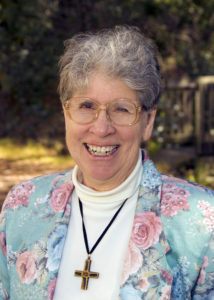 Joan Davis was born in Oakland. She attended St. Clare School in Santa Clara, and graduated from Notre Dame High School, San Jose before entering the Notre Dame Novitiate in Saratoga in 1957. After teaching elementary school children in Marysville, Chico, Los Angeles, Redwood City, Folsom and Yuba City, Sr. Catherine of Siena (as she was known then) assisted in the library at College of Notre Dame, then studied for a Masters in Library Science. In 1973, she began her “perfect job” of being the full-time credentialed librarian at Notre Dame Elementary School in Belmont – and stayed for thirty-nine years! 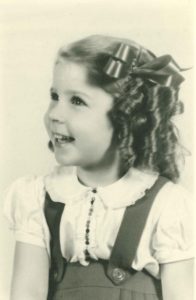 Sr. Dolores Quigg, who was principal there for most of those years, described Sr. Catherine as masterful at finding books to match each child’s interest or needs. Students were convinced that Sr. Catherine had read all 5,000 books in the library! Suzy Jones Smith, a former co-worker and friend at Notre Dame Elementary, remembers the way Sister always praised the good things that the children did, and took a personal interest in the teachers and families, as well. 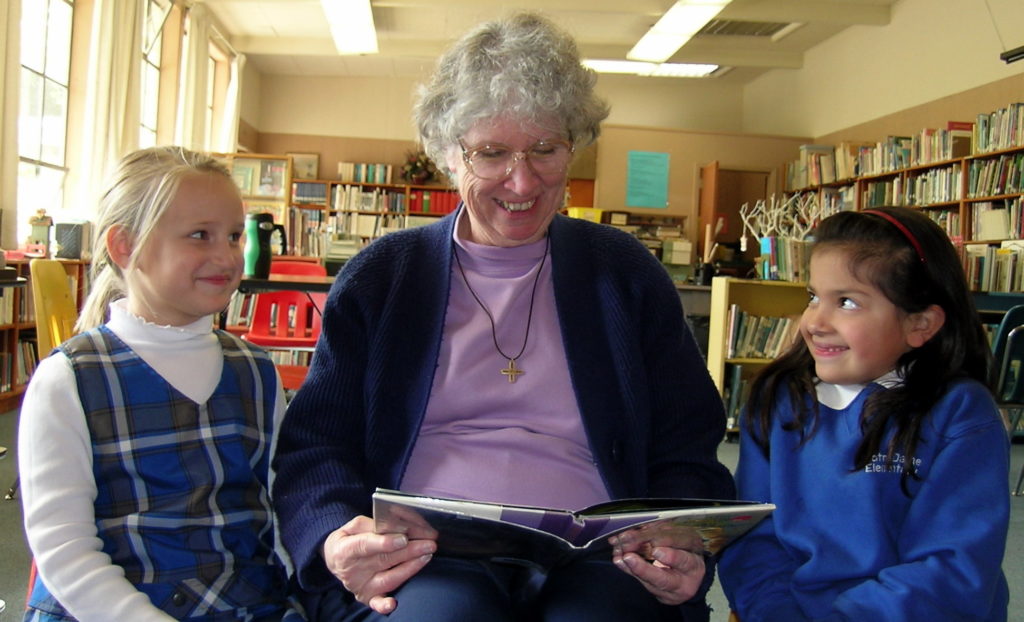 Sr. Catherine was diagnosed in 2014 with ALS, the neurodegenerative disease that was also the cause of death for her grandfather, father, Kenneth Davis, and her brother, Timothy. A younger brother, Michael, preceded them in death. The courage and grace she showed in dealing with this debilitating disease was an inspiration to everyone who knew her. When frustration and fear would take hold, she would very intentionally pray for someone else who might be suffering.

In the final chapter of Sr. Catherine’s life, she received loving care at Mercy Retirement and Care Center, in Oakland, where she died on May 12, 2017. She regularly expressed appreciation to the Mercy caregivers for their care of herself and also, for her 102 year-old mother, Alice Davis. She stayed in touch with friends through letter-writing and read widely; she enjoyed movies and could recall songs from all the musicals. She cheered enthusiastically for the Warriors and 49'ers and remained loyal to the Dodgers, whom she had supported since her years of teaching in Los Angeles.

Sr. Catherine’s generous spirit will be deeply missed by her sister-in-law Linda Della, nephew, Lucas, and niece, Chianna, numerous cousins, her Sisters of Notre Dame and thousands of parents and former students from Notre Dame Elementary. May Sr. Catherine’s spirit live on in those she cared about and delighted in, and may they share with many other children her love of books and reading.

Following a 10:00 a.m. Vigil service, Mass will be celebrated at 10:30 a.m. on June 14, at Cunningham Chapel at Notre Dame de Namur University. Interment at 2:30 at the Mission Santa Clara Cemetery.