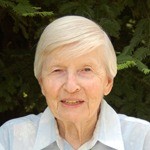 Sister Barbara loved to dance, and loved the variety of experiences that she had as a Sister of Notre Dame de Namur for 76 years. Click here to read about her life and ministries. 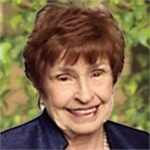 Dorothy Tremblay was an Associate of Notre Dame in Santa Barbara, California. She died in her sleep at age 93. Click here to read about Dorothy's life. 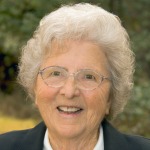 In 1939 Sr. Julie's first teaching assignment was at St. Columbkille in Los Angeles. On her very first day, she walked into her room and saw 70 desks!  Sr. Julie turned to the principal and asked “Are they all filled?” “Oh no! Three are empty.”  Find out how Sister survived in those early days with 67 wiggly first graders. 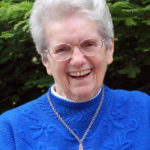 By 1948, in her senior year of high school, June was dating a boy, playing violin in the Monterey Symphony Orchestra and riding motorcycles. She knew she could be happy marrying the boy and raising a family together. "But," she thought, "if I become a Sister my life will be bigger, with wider influence." You'll enjoy reading about Sr. June's "wider influence." 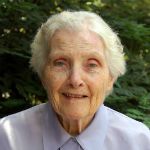 Described as an Army "non-brat" who travelled the country in her youth, Peggy joined the congregation after high school. She enjoyed teaching, particularly rambunctious fifth-graders. Learn more about Sister here. 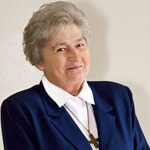 "Dodi" first encountered the Sisters as a student boarder in Watsonville, and was inspired by the spirit of St. Julie. After many years as a teacher, she was able to pursue her desire to serve in Alaska, where she spent a decade living with Native people. Read about her life in her 2017 Jubilee reflection. 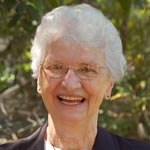 After surviving polio as a teenager, Ann knew God had something special planned for her life. She was a gifted teacher of primary students, and became an expert Montessori educator. With her joyful, enthusiastic outlook, her warmth and her frequently expressed gratitude for all the blessings in her life, it is no wonder that people responded so positively to Sister Ann. Read about her life here. 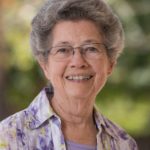 Sister enjoyed many years as a teacher and a school counselor. Later as a social worker, she had 14 years working in the neurological rehabilitation unit at Community Hospital in Los Gatos–a faith-stretching experience for someone with an aversion to hospitals. Learn about Sr. Joan here. 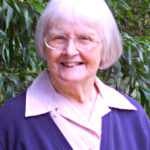 When Kay graduated from the College of Notre Dame, she knew intuitively the path she wanted to take. "I saw all these happy, positive Sisters who were doing significant things with their lives…that's what I wanted." Learn about Sr. Kay's life here. 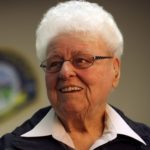 Sister Barbara grew up in the Bay Area, then as a Sister taught in schools along the West Coast and in Hawaii for 21 years. Then she found the community that would become home for the rest of her life. Learn here about how Sr. Barbara ministered and was loved in Monroe, Washington. 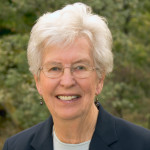 Sister Mary was a San Franciscan native who appreciated beauty and was a talented gardener and cook. She had many successful years as a teacher and administrator, but her favorite assignment took her to Saratoga where she could enjoy and help her family. Click here to learn about her 71 years as a Sister and why she enjoyed reading cookbooks. 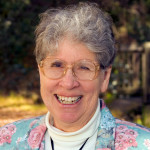 Sister Catherine served as an SND for 61 years, and 39 of those were spent in her "perfect" ministry–as the librarian at Notre Dame Elementary, Belmont. Learn about her life, her spirit and her favorite sports teams. 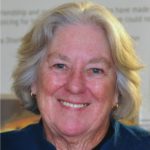 After a career in educational publishing, Joan became a an advocate and educator for nonviolence who touched many people's lives. Read more about Joan's love for her family and many interests here. 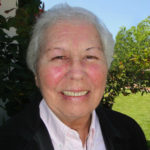 Sr. Theresa was was a talented cook, educator and fundraiser who will be missed by many. For years, she was responsible for the kitchen at the Sisters' novitiate, and later was found to have a gift for encouraging others to support the schools where she worked. Learn more about her here. 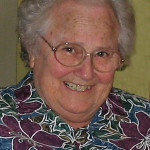 Sr. Dolores had a wonderful sense of humor and fun. Though a California native, she spent the last half of her life in ministry in Washington State. You'll enjoy reading about her "innovative" methods of teaching mathematics to students and much more here. 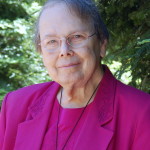 Sr. Pat was a devoted Sister of Notre Dame for 62 years. Her students enjoyed the history and political science classes she taught at NDNU for 25 years. Sister Pat kept up with current events throughout her life. Learn more about her here. 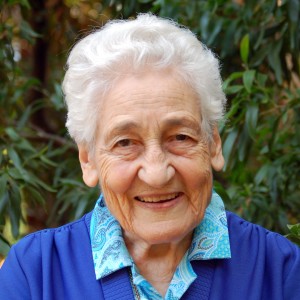 For 99 years of life and 76 years as an SND, Sr. Julie Carmel reflected God's goodness to everyone she met. She was an excellent teacher in schools along the U.S. West Coast, then spent more than 30 years in Salinas teaching and in parish work. Read more about her life here 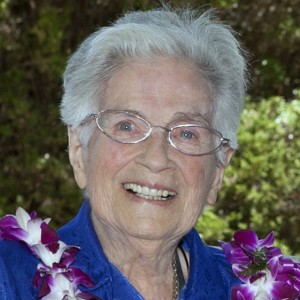 Sister Catherine (Agnes St. Jude) grew up in Oakland, and was an SND for 73 years. She taught every grade level at ND schools in Los Angeles, Hawaii and Redwood City and later served as librarian for NDHS, San Jose and at College of Notre Dame, Belmont. Learn about her active lifelong learning and more here. 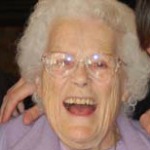 Sister Alberta  was an exceptional classroom teacher for 60 of her 78 years as a Sister of Notre Dame, and considered her 60 years in the classroom to be one of the greatest blessings in her life. Even in her 90s, she continued to tutor a few students in phonics. You'll enjoy reading about her long and active life in teaching here. 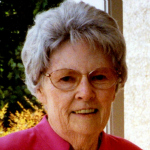 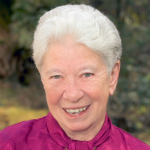 Sr. Claire taught in Notre Dame elementary and secondary schools for 28 years, and later lived in a caring community for women with developmental disabilities for nearly 20 years. Outgoing and gracious, Sister enjoyed travelling, camping, meeting new people; she had a good sense of humor and fun. Click here to read more about Sr. Claire.

Ginny was a talented musician and composer, a dedicated teacher and a loving mother and grandmother. A resident of Saratoga, CA for most of her life, Ginny travelled the world, and spent summers camping with family and friends on road tours. She became an SND Associate in 1998. Read more about Ginny here.

Pat came to California with her family as a teenager and remained a resident throughout her life. She spent 35 years as an educator, and was a Notre Dame Associate for 15 years. She was a trained Hawaiian hula dancer and had a love for traveling. Click here to read more about Pat. 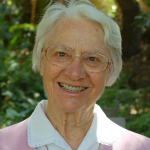 Sr. Elizabeth lived in Alameda in her youth and as an SND taught her friends' children there. After 39 years of teaching, she became Director of Religious Education at the Treasure Island Naval Base, followed by various other assignments. Gentle and compassionate; she loved her own family and her Notre Dame community and was always mindful of issues affecting the larger world community. Click here to read more about Sr. Elizabeth Mary. 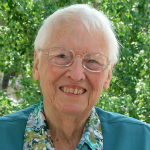 Sr. Marie Barbara loved teaching and was always generous in working with students who needed extra help. She taught for nearly forty years at the elementary, junior high and secondary levels throughout California and in Seattle. Click here to read more about Sr. Marie Barbara. 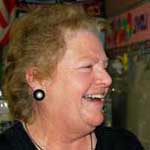 An elementary school teacher and principal for almost 50 years, Sr. Peter Joseph influenced many hundreds of young people, giving them the sure knowledge that she enjoyed being with them and expected great things of them. Click here to read more about Sr. "PJ." 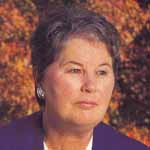 An educator to the core, and a recognized leader, Sr. Veronica taught and served as principal in Notre Dame schools in Santa Clara, Redwood City, Santa Barbara, Salinas, San Jose, Marysville, and Alameda before becoming the Assistant Dean at CND, Dean of Students and, in 1980, President of the College. Her 14-year tenure as President was marked by expansion and her great love for the students. Click here to read more about Sr. Veronica. 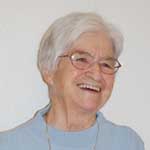 In 1938 Sr. Agnes undertook her first teaching assignment with third graders at St. Columbkille School, Los Angeles. Sister Agnes’ last assignment was to St. Joseph’s Elementary in Alameda where she served as resource center coordinator, librarian and assistant teacher for 20 years. In her retirement, she enjoyed knitting, praying and remembering all the wonderful students she taught. Click here to read more about Sr. Agnes. 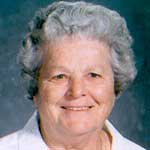 A history, math and chemistry teacher for over four decades, Sr. Helen Cecilia was a teacher extraordinaire! Most notably she taught and was principal at Notre Dame High School, Belmont, at various times during the ’50s, ‘60s and ‘70s! Former students remember how she went out of her way to help them both in and out of the classroom. A renowned baker, many appreciated her delicious gifts of bread, cakes and cookies. But perhaps her biggest love was prayer and she devoted herself to it thinking it must be why God kept her alive for so long! Click here to read more about Sr. Helen Cecilia. 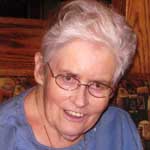 At age 21, an enthusiastic but nervous Sr. Audrey taught a class of 55 second-graders. Children loved her and she loved, perhaps especially, the most difficult classes.  Later, Sr. Audrey earned a master’s degree in counseling and served as counselor at Star of the Sea School in San Francisco, St. Matthews School in San Mateo and Mt. Carmel School in Redwood City. One former student aptly called her the “child whisperer.” Click here to read more about Sr. Audrey. 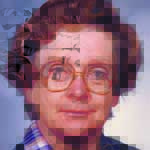 With a doctorate in education, Sr. Jacqueline’s teaching career ranged from teaching second grade to serving as teacher and principal at Notre Dame High School in Salinas, Dean at Notre Dame High School, Belmont, and principal at St. Thomas More School in San Francisco. She was known for being both fair and honest. In her later years she joyfully served as a Eucharistic Minister at a retirement home. Click here to read more about Sr. Jacqueline.