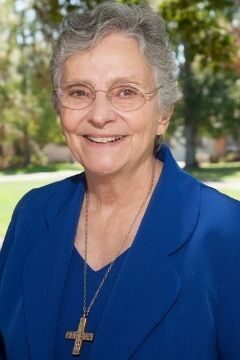 As Yvonne remembers it, Sisters had always been a part of her life. As a child, Yvonne and her brother John went to Sacred Heart School and later she attended Notre Dame High School, both in San Jose. As she says, “The Sisters inspired me. They projected happiness and were always kind.” While these traits kindled her desire to become a Sister, her parents weren’t keen on the idea but finally relented, saying, “if this makes you happy.”

Yvonne entered the convent right after graduation. Later as Sister Marie Denise, she began teaching at Notre Dame Girls’ School in San Francisco. She is ever thankful that in those early days of teaching she had good mentors…experienced Sisters who knew the ropes! She would later become that good mentor to others as Shyrl McCormick remembers, “Sister Yvonne as a good friend and mentor when she was the principal of St. Louise de Marillac School in Covina, Cal.  I was a junior high school teacher (1968-1970) and her kindness and support meant so much. Under her leadership I got to initiate all kinds of things that helped me develop professionally.”

Sister Yvonne also remembers her first time teaching boys (at Madonna del Sasso in Salinas, Cal.). One day she decided to teach her class the “Star Spangled Banner.” When the song reached the “rockets’ red glare, the bombs bursting in air” all the boys started making loud bomb and gun noises. All Sister could do was laugh. 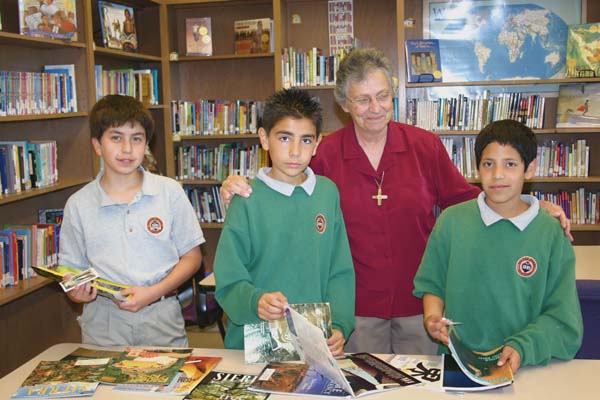 In 1974 she had the opportunity to take advantage of the Mini-Arc spiritual renewal program in Rome. In the post-Vatican II, rapidly changing world, Sister says, “It was good for me to take part in this program and see that our Sisters are part of a bigger picture with a global vision.”

After Rome, she was sent to Holy Family School in Hawaii and served there as co-principal with Sister Louise O’Reilly.  Sister Yvonne immediately fell in love with the beauty and culture of the islands. In all, Sister Yvonne taught for 38 years in 12 different schools. She considers them joyous years.

Today, Sister keeps very active serving as a spiritual director and the coordinator for the Sisters' Mission Appeals program. She also volunteers at Samaritan House, where she helps prepare meals for homeless people.

“I am so grateful to be part of the SNDdeN community and for all the other people who have come into my life. I have learned that family extends to the whole world.”

Sister Yvonne is supported by gifts made to the fund for Retired & Infirm Sisters.